Solar power plants with concentrating solar power – or CSP for short – might sound like an exciting new technology, but it’s actually been around for almost 35 years. 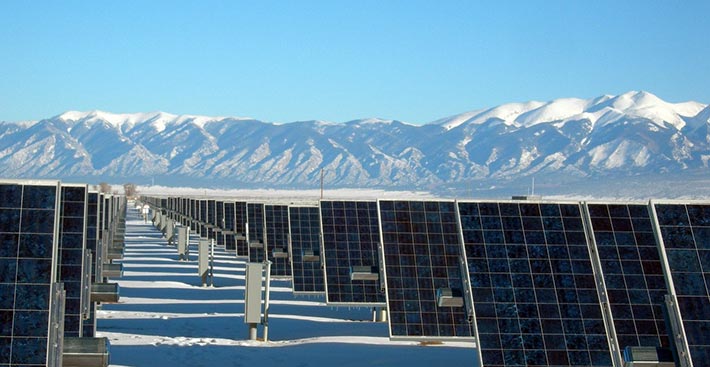 Back in 1984, the USA launched the first Solar Energy Generating Systems (SEGS) plants, with the last being constructed in 1990. For a long time, it seemed the world had forgotten the CSP, with no more being built until 2004.
Today concentrating solar power is one of the fastest growing renewable technologies out there. It has the potential to reduce billions of tonnes of carbon emissions. Furthermore, it can provide power to a huge portion of the world. This unique technology comes with some unique challenges. Therefore, companies like Montanstahl are finding that stainless steel offers an elegant solution to many of these issues.

The Rise of Solar Power Plants 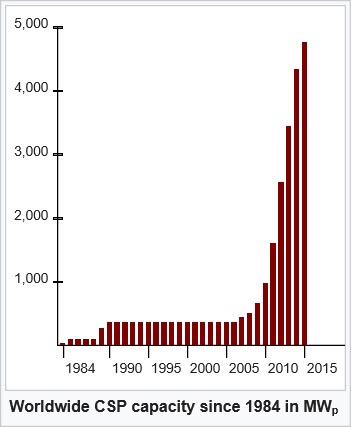 In recent years, global CSP installations have increased dramatically. Since 2004, solar power plants worldwide have increased tenfold. In the last five years they have even been growing on average at 50 per cent each year. In 2015 alone, Morocco brought online 160 megawatt, South Africa 150 megawatt and the USA 110 megawatt. Therefore, these nations raised the total global capacity to almost 4.8 gigawatt of installed and operational solar power plants.

Traditionally, the global leaders in CSP technology have always been Spain and the United States. Although both countries already house over four gigawatt of installed capacity, the benefits of this technology is reaching to all corners of the globe. By the end of 2015, further capacity was either under construction or already online in countries as far flung as Israel, Saudi Arabia, China, India, Algeria, Australia, Chile and Thailand. 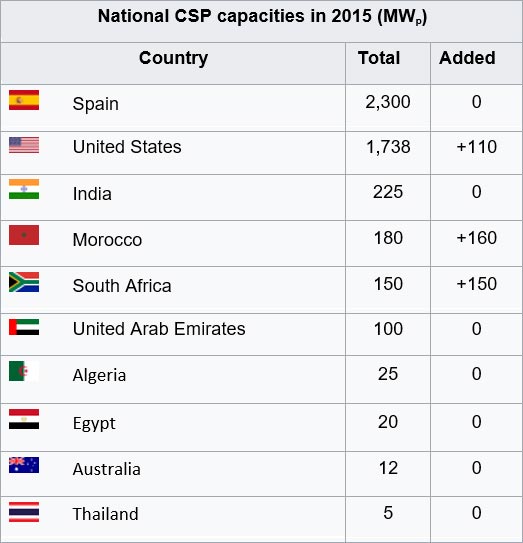 Experts predict that the growth of solar power in future years will be just as exponential as we have seen in recent times. Principal at Marcacci Communications, Silvio Marcacci, stated in an interview that concentrated solar power technology could “meet up to seven per cent of the world’s electricity needs by 2030, and 25 per cent by 2050”. A study in 2009 by Greenpeace also cited the 2050 contribution of CSP as 25 per cent of the world’s electricity needs.

Concentrating solar power uses mirrors to focus the sunlight onto a fluid in order to heat it. The hot fluid is used to produce steam, which then turns turbines and produces electricity. This is not the same as photovoltaic (PV) solar energy, which uses a chemical reaction to turn sunlight into electricity. 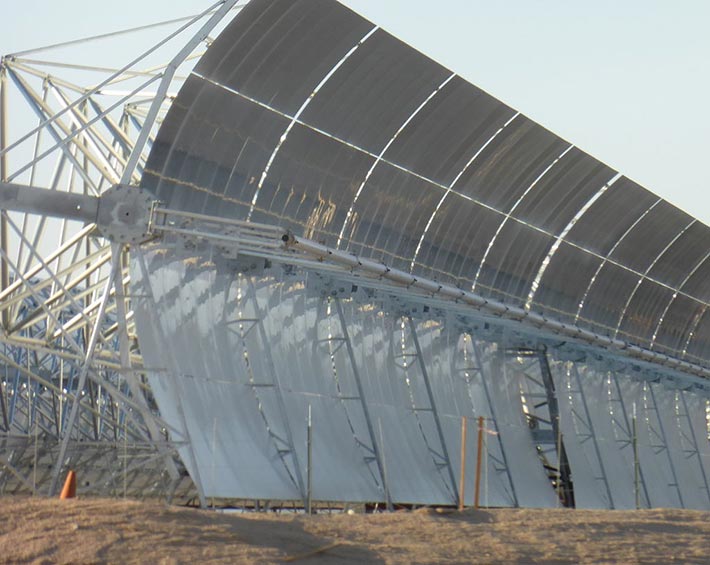 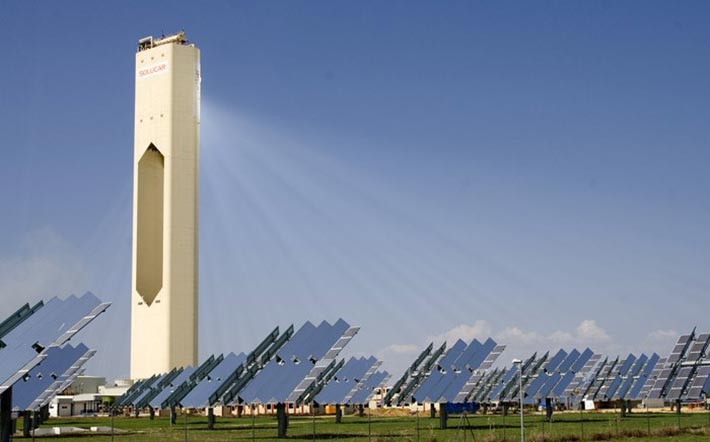 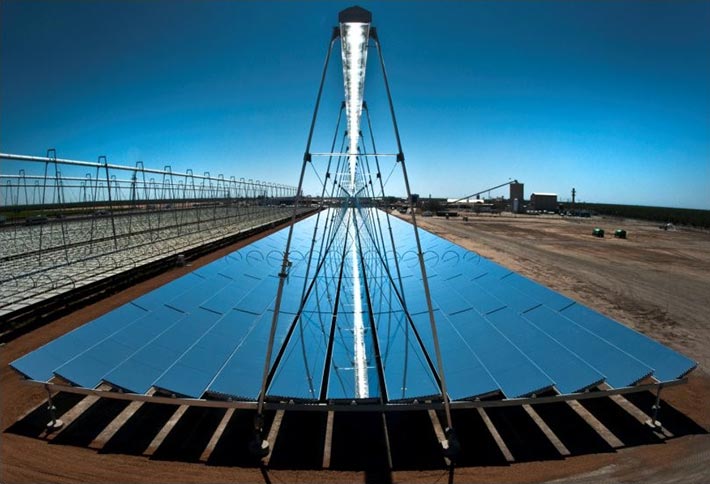 State of the art

The most popular technology today, and possibly the most efficient, is the solar power tower. These installations are capable of absorbing 95 per cent of the sun’s heat energy. Nonetheless, the plant can also store the heat and make use of it even in the middle of the night. This is possible due to using modern methods of transporting the heat energy, .
Rather than using the heat energy to boil water directly, modern solar power towers use a mixture of sodium and potassium nitrate. This is a kind of salt mixture which has amazing thermal loading capacity. However, it is heated by up to 500 – 600 degrees Celsius inside the tower. This mixture is then transported to a highly-insulated storage tank. When power is needed it is sent through a steam generating system. At last the mixture is heating water to turn a turbine which then generates energy.

Where to place a Solar Power Plant

Solar towers need to be situated in an area with high solar potential, low population density and plenty of space. This means that often solar power plants end up being sited in remote areas of desert. This environment brings some unique challenges with them. Stainless steel is helping to overcome the extremes of temperature and corrosive nature of the power production process. 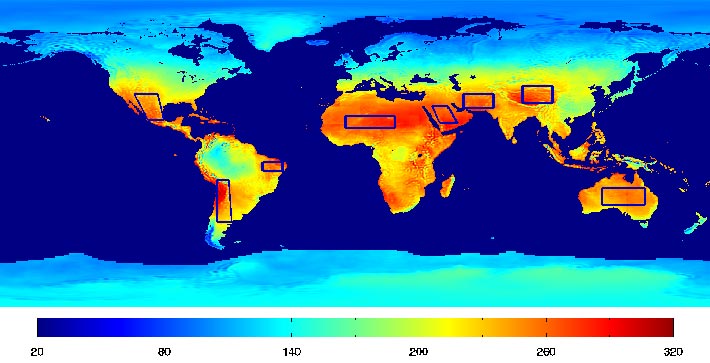 What makes Stainless Steel such a good Choice for Solar Applications?

These new types of concentrated solar power plants become more widely used. Due to this, stainless steel is proving to be the perfect material to accompany these high-tech projects. The natural properties of stainless steel make them perfect for a number of applications in and around the power plant, properties such as:

Here at Montanstahl, we have supplied a large amount of laser welded stainless steel beams (tailored I-beams similar to IPE240 and IPE270 sizes) in 347H grade. The raw material in form of hot rolled plates came from Finnish steel producer Outokumpu. The plates were laser-cut to stipes and laser welded to the section in 8.7 and 9.8 meter lengths. The tank constructor was then accurately rolling the beams to a specified radius for the thermal storage tanks for a solar power plant. 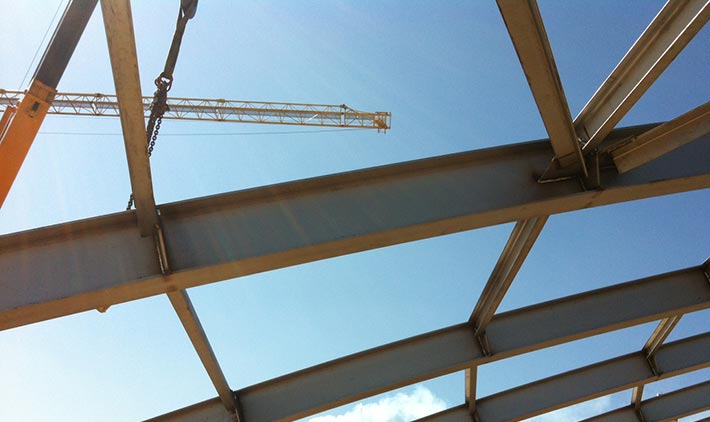 Throughout CSP plants, we see stainless steel frequently specified by planners and engineers. They use it for components such as heat exchangers, water handling systems, flanges and much more.
It’s clear that high quality stainless steel has an important role to play in the delivery of a clean energy future. We see more concentrated solar power plants on the horizon all over the world. So specialist stainless steel sections suppliers such as Montanstahl are going to be crucial to the success of these innovative projects.