Special beams are produced for a large project by laser welding. During the manufacturing, special demands are required. Furthermore, permanent quality control plays a major role while creating the beams. 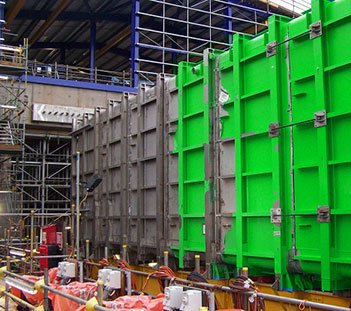 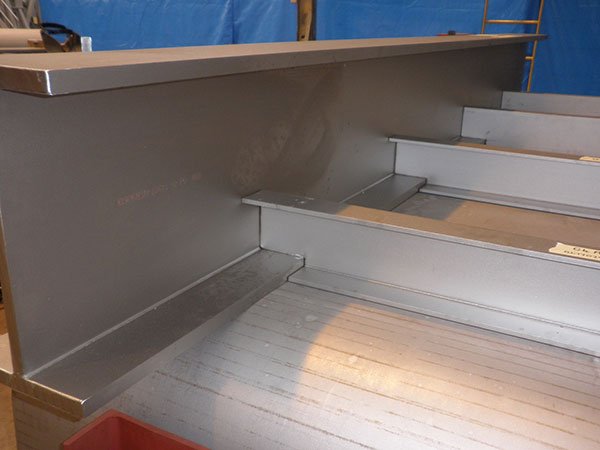 For a large project approximately 200 tons of special tailored beams and standard U-channels were produced in laser welded execution. The beams sizes varied in height from 180 to 613 millimeters and material thicknesses ranged from ten up to thirty millimeters.

Material grade was predominantly 1.4307 (304L), and marginally 1.4404 (316L). The different bars were needed in several lengths from 1.1 meters to 8.5 meters, but were supplied in multiple length for cutting to size on site prior to assembly.

Special demands of the production

A large chaotic optimization over all pieces was performed, reaching a minimum on scrap and off-cuts with lots of savings on material value.
In the course of this, a huge matrix had to be generated for the tractability of each single piece also within a multiple length. The matrix did contain also the complete production records, indicating each single production step, with date and operator.
For traceability ease down line, all single sub-pieces were identified by a laser engraved code on the raw material stripes, both on the web as also on the flanges. 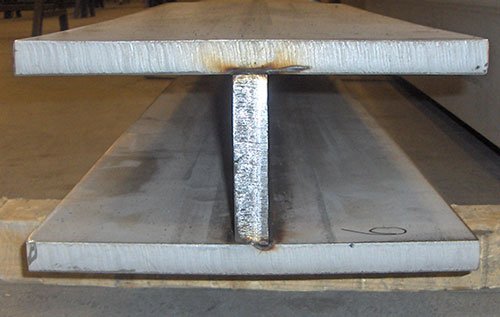 The special and extremely stringent quality requirements of the project demanded repeated auditing and supervision from the committing company.
So the standard quality controls and NDT’s were screwed up reaching onehundred percent control on all sections supplied (1848 pieces for a total of 3587 meters) including:

A lifetime record had to be supplied together with the products.