EN 10365 – The European Norm for Structural Sections in Steel

The DIN 1025 for structural beams, as well as the DIN 1026 for various structural channels is going to be replaced by the new EN 10365. Currently, the norms do coexist in parallel. Which steel and stainless steel structural profiles are involved and what does change will be explained further on.

The “Deutsche Institut für Normung” (German Institute for Standardization), short DIN, was founded more than hundred years ago in 1917. At the time the name was “Normenausschuss der deutschen Industrie” (Standardisation Committee of German Industry) and focus was exclusively on the industrial sector. This limitation changed in 1926 and the tasks were not focused anymore only on the industry. Also the name changed into “Deutscher Normenausschuss” (German Standardisation Committee).
The actual name DIN and the goals were defined in 1975 in an agreement with the German Federal Republic. DIN became the official national standards body for Germany.
The DIN remains so far a non-governmental association. The norms released by the DIN or its Working Committees are called DIN-Standards.

The DIN 1025 is the Standard that defined steel beams. This Norm contains five parts. Each of them defines a specific beam-family with regards to dimensions, weight and structural values.
The initial release is from 1926, while the last revision is dated 1995.

Part one describes the family of I-beams IPN, also called INP. These beams have conical internal flange sides. There are 20 sizes with a height from 80 to 550 millimetres. The use of these beams is more seldom as the conical flanges do raise processing difficulties. The norm that defines the product tolerances is the EN 10024.

Part two is about the family of H-beams IPB, commonly called HEB. These beams have parallel flanges. There are 24 sizes ranging from a height of 100 to 1000 millimetres. The use of these beams is very common. The norm that defines the product tolerances is the EN 10034.

Part three defines the family of wide-flange beams IPBl, also called HEA. These beams have parallel flanges. There are 24 sizes with a height from 100 to 1000 millimetres. Compared to the HEB beams this family is lighter. The norm that defines the product tolerances is the EN 10034.

Part four defines the family of the heavy wide-flange beams IPBv, also called HEM. These beams have parallel flanges. There are 24 sizes in a range from size 100 to 1000 millimetres height. This beam family is designed for particularly heavy loads. The norm that defines the product tolerances is the EN 10034.

Part five is about the family of I-beams, better known with the acronym IPE. Contrary to the IPN, these beams come with parallel flanges. There are 18 sizes with a height from 80 to 600 millimetres. Due to the lightweight, these beams find common applications. The norm that defines the product tolerances is the EN 10034.

The DIN 1026 defines hot rolled channels. Part one is about channels with internal conical flanges and part two about channels with parallel flanges.
The first release is in year 1926 as for the beams‘ norm. There have been several modifications and revisions until the actual last version 2009-09.

Part one defines the family of the so-called UNP channels, or UPN channels in steel. These channels have conical internal flanges. There are 27 sizes in a range from size 20 to 400 millimetres height. The norm that defines the product tolerances is the EN 10279.

Part two defines the family of so called UPE channels in steel. Contrary to the UNP, these channels come with parallel flanges. There are only 14 sizes with a height from 80 to 400 millimetres. The dimensions of this younger channel series was adapted to the height of the IPE-beam family. This allows for perfect combining of these two different profile geometries. The norm that defines the product tolerances also in this case the EN 10279.

The new EN 10365 having the title: “Hot rolled steel channels, I and H sections – Dimensions and masses” was first released in January 2017. This norm, released by the CEN (European Committee for Standardization), unifies the so far separate two types of profiles; the channels and the beams, into one norm. In addition, also new product families are included, such as the British Profile ranges.
In contrast to the DIN-Standards, the new EN 10365 does not specify neither internal, nor external radii, as these may differ from producer to producer. In addition, the structural properties of the section are not specified anymore.
Following a complete overview: 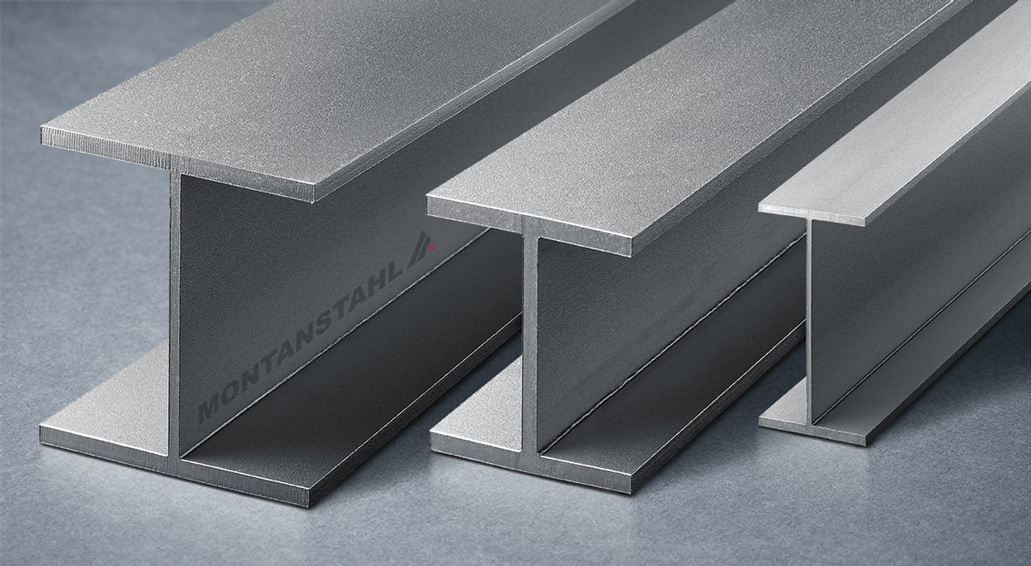 New Dimensions for the Beams

In the EN 10365 the size range of the product series of I- and H-beams gets wider as follows: 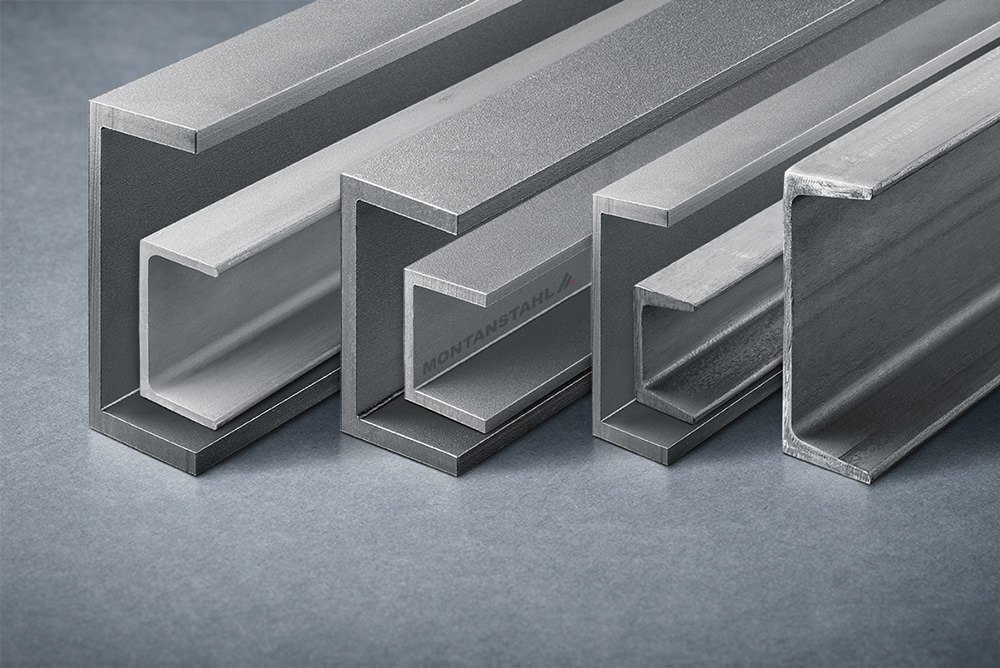 What changes in the size range of the channels?

Also in the channel family there are changes in the size range. Following the novelties:

Are there changes in the tolerances?

The reference norms for the tolerances of the dimensions, the form and the mass did not change:

As in the DIN-Standards so far, also in the EN 10365 there is the remark that these Norms are made for steel sections and not for sections made in stainless steel. This limitation on the material grade was necessary from a formal point of view. The responsible technical committee for steel CEN/TC 103 has no decision competences on stainless steel.
In consideration that the technical responsible committee for stainless steel ECISS/TC23 did define the DIN 1025 and DIN 1026 applicable to stainless steel long bars, it is more than presumable that the EN 10365, being the successor norm for these product ranges, is applicable also for stainless steel.
This harmonization did also successfully happen with the change from the old DIN 1028 standard for angle bars to the actual EN 10056 Euronorm, which is valid for both steel and stainless steel angles.
Montanstahl follows the way of innovation. As of February fourth, 2019 all products of the above mentioned DIN-Standards will be certified with the EN 10365. This is a pure formal adaptation of the order acknowledgements and the material test certificates, that will not affect in anyway the execution of the products supplied so far.
As mentioned before, contrary to the DIN, the new EN 10365 does not specify the internal or external radii anymore, as they may differ from producer to producer. If you have particular requirements regarding internal and/or external radius, we kindly ask you to specify your needs.

Being a specialized producer of profiles in stainless steel, Montanstahl does carry also smaller and lighter sections in the UNP/UPN channel range, as there is still a demand for it in the market.
Beside the standard UNP and UPE series, Montanstahl offers also an additional channel series that due to historical reasons does exist only in stainless steel: the UAP, or also called UPA series. This is similar to the UPEs, a channel with parallel flanges, which tolerances are defined within the EN 10279.
Angle bars (according to EN 10056-1) and T-Sections (according to EN 10055) enrich further Montanstahl’s stainless steel structurals program. These products are available from stock in the grades 1.4301, 1.4307, 1.4401, 1.4404 and 1.4571 (304, 304L, 316, 316L and 316Ti).

On demand we can produce also the not above listes structural profile’s families in stainless steel, as well as tailored sections.

For any additional information or quote, please get in touch.