Bent stainless steel HEB beams are used for space travel. Before the Alpha Magnetic Spectrometer was used on the ISS, it had to be tested under real conditions. 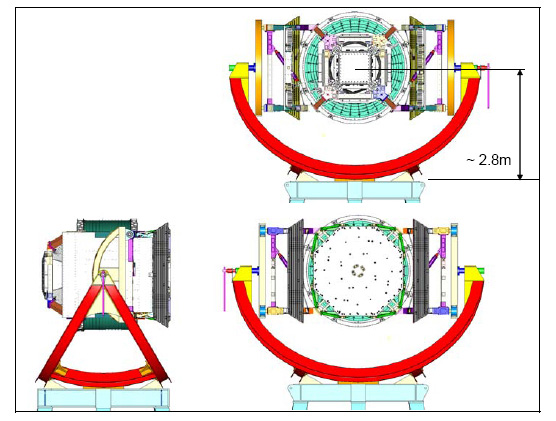 Prior to the decision to stop the Space-Shuttle program, Montanstahl was discussing, by means of the US partner Stainless Structurals, with the NASA about the renewal of the shuttle launching pad 39-B, which was planned to be remade in stainless steel. 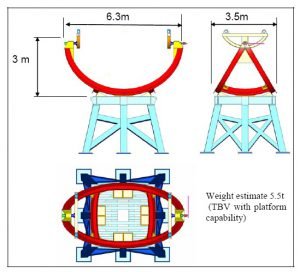 As up to then all steel parts (only the main pad weights 590’000kg) had to be descaled, newly coated and painted in an extremely short time after each Shuttle take off.

The termination of the Shuttle program with the last launch in 2011, made also the new stainless steel launching pads superfluous, even though the NASA was convinced by the solution proposed by Montanstahl. Due to this direct connection, the leading engineers at the NASA suggested to the Italian Institute for Nuclear Physics (INFN) to get in touch with Montanstahl as a reliable supplier for structural’s in stainless steel.

The project consists in a testing rig that will be installed in Holland at the European Space Research and Technology Centre (ESTEC). The facility will test an Alpha Magnetic Spectrometer (AMS) under real working conditions. The experiment that is led by Nobel laureate Samuel Ting of the MIT/CERN. After a successful testing phase, the AMS has got to be installed on the International Space Station (ISS).
The support of the AMS within the test rig must be made of bent stainless steel beams, assembled to a so-called gondola. For this heavy HEB 300 and smaller HEB 160 beams are needed. 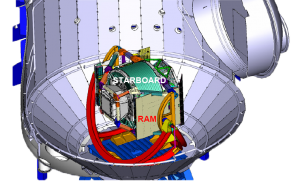 The engineers of the CERN choose the stainless steel 316L; the goal is to have little permeability, and must suite for operation in high vacuum at temperatures from -60 °C to +100 °C.
All HEB beams must be made in one piece, no butt-welds are acceptable. Two of the large staineless steel beams must be 12 m long prior to the bending process, two further beams must be 6m like also the small HEB 160’s.

High demands on the HEB beams 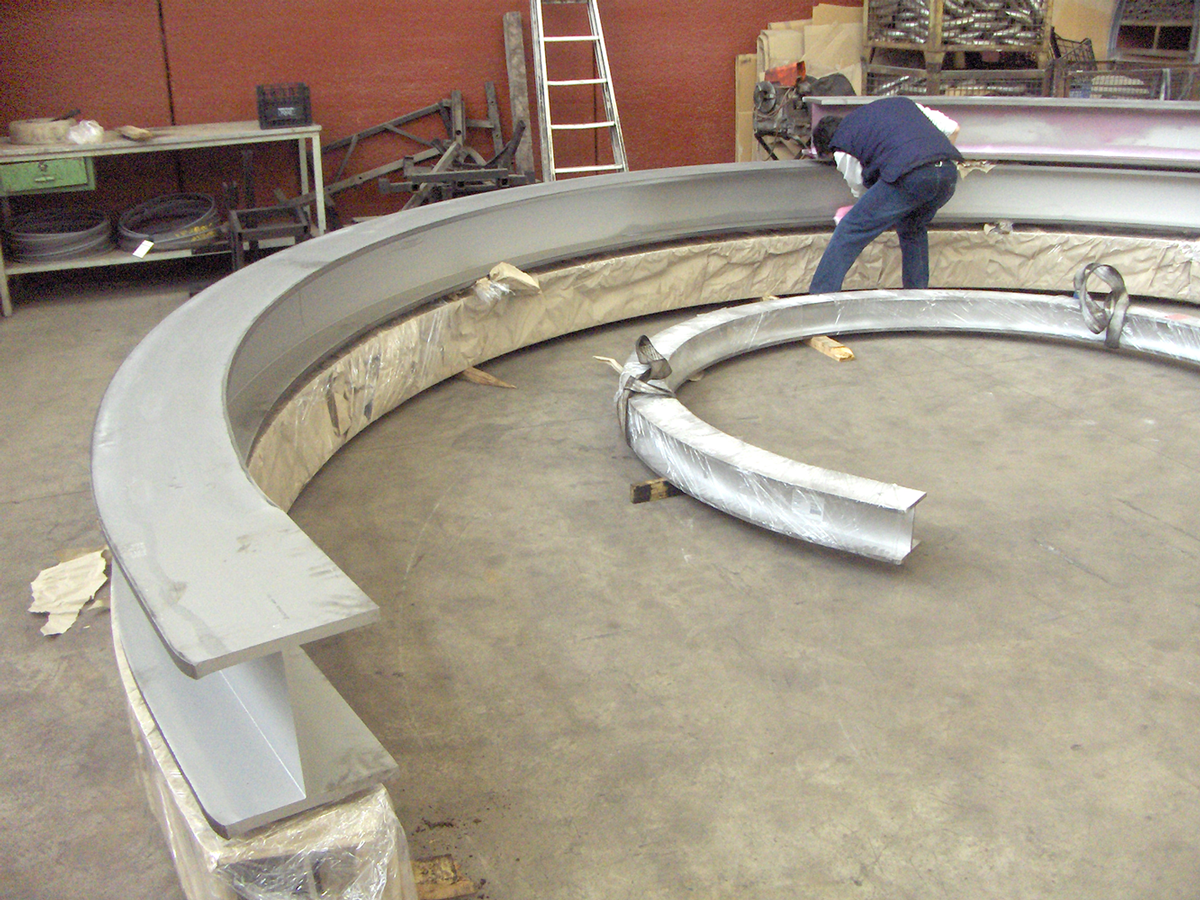 The complete package supplied by Montanstahl shall include also the bending of the HEB beams. A specialized Italian company that has been chosen for its skills, is nominated to bend the beams to the requested radius with its three-rolls-bending-machines.

The quality requirements of the project do include: 100 % dye penetrant testing on all welds, both prior and after bending process, macro-etching tests at the end of each bar and measure of the relative magnetic permeability of one bent 12 m beam.
All agreed timings are respected and the tested AMS is transported to the ISS with the last Shuttle expedition in 2011, where the astronauts do install it.