Montanstahl has supplied several different stainless steel structural sections for a project to Indonesia. The sections made in 316L stainless steel were high quality laser fused standard beams, channels, and angle bars as per norm. 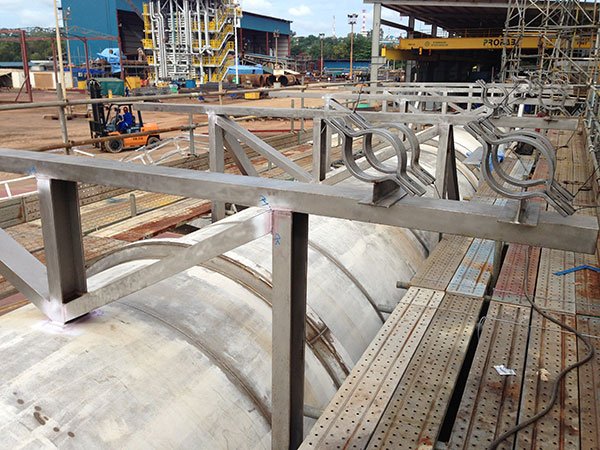 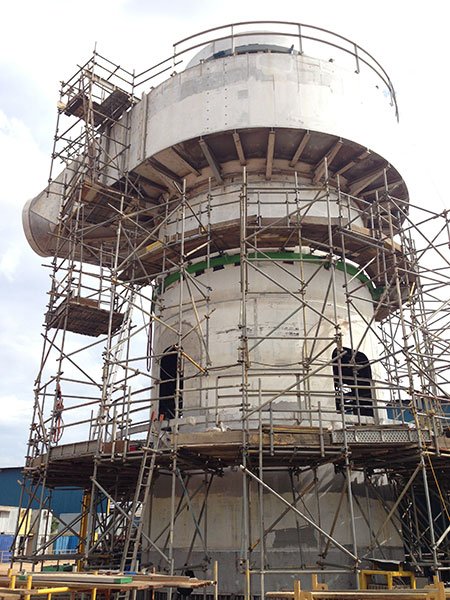 The application of these stainless steel structural sections was as stiffeners within the construction of a large prill tower that was going to produce ammonium nitrate for fertilizing purposes.

The prill tower, designed by a renowned engineering and construction company having its head quarter in Singapore, was manufactured in segments at the construction site on the Indonesia island Batam, facing Singapore. The final destination of the tower was an ammonium nitrate plant in New South Wales in Australia. The tower was produced in different segments and in different steps. So also the stainless steel sections were needed in different stages. As the first lot was extremely urgent, a first shipment of immediately available sections off the shelve in 6m length from stock was arranged. This allowed to get construction started and avoided delays. At the same time Montanstahl went into production with all additional sections for the later stages.

Against the first supplied lot, these sections were not supposed to be in standard 6m length, but in tailored length, dedicated for the application.
This meant to perform a material optimisation in order to establish the best nesting on base material in order to reduce the precious material off-cuts’, resulting in scrap. Upon the optimisation the different stainless steel plate coils in the needed thicknesses were decoiled to desired length.
After that all standard process was performed: the sheets were laser cut into stripes that would then be assembled and laser fused to the section’s shape, the laser fused sections were straightened, grit shot blasted, cut to length, pickled, packed and stored in the warehouse ready for collection.

Printable version
Categories
Do You need more information about this post?
Our Products